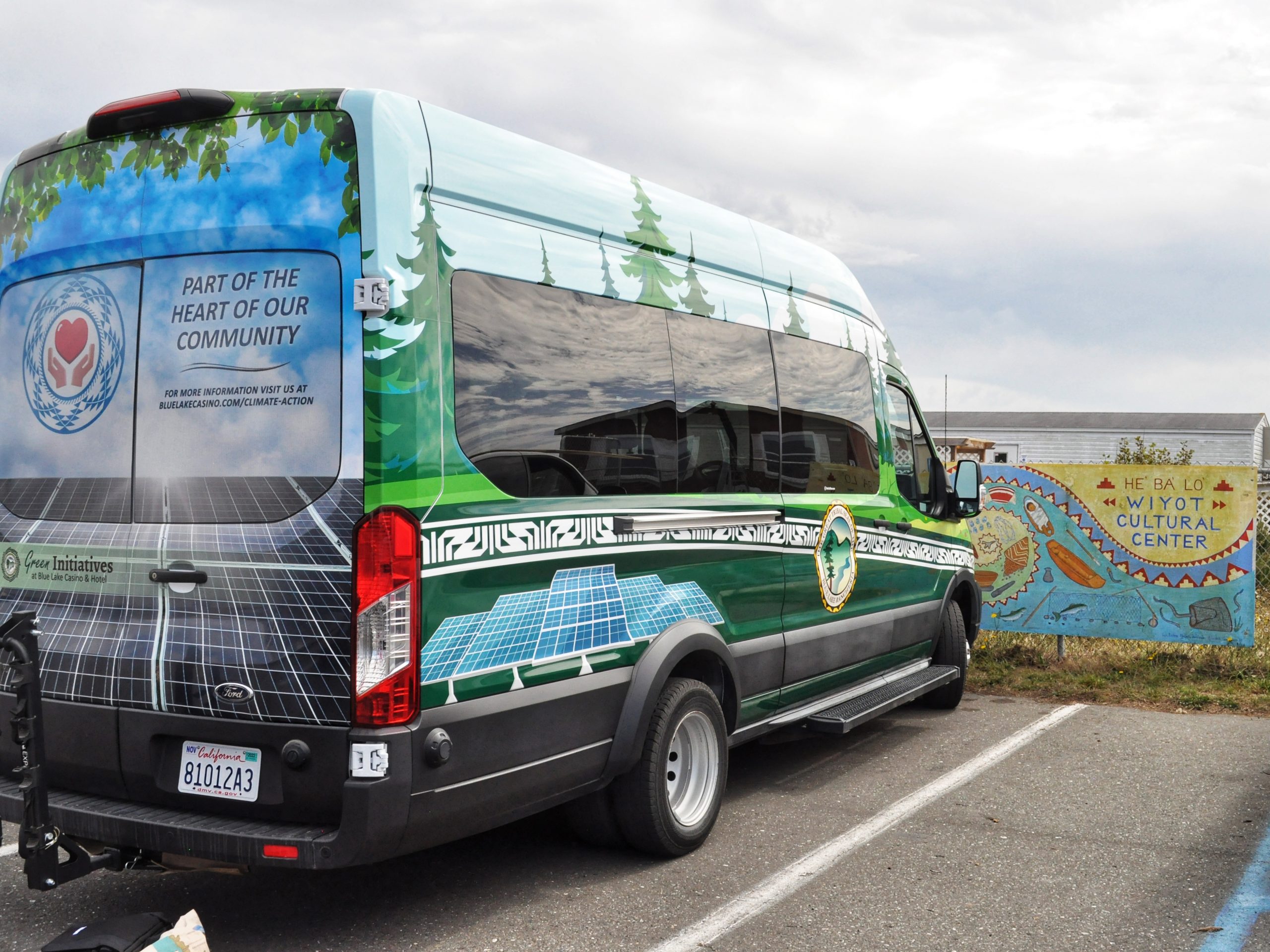 In the decolonization work that HAF+WRCF and our partners are embarking on, it is important to remember whose ancestral territories we are visitors on and that the land of Indigenous folks exceeds state and federal legal boundaries.

On Wednesday, we had the fortune of traveling to the Table Bluff Reservation to have lunch with members of the Natural Resources Department of the Wiyot Tribe to hear more about the consequences of the climate crisis that our region grapples with. The word “Wiyot” in Solatluk means “Eel River,” and, while our region has the highest level of sea level rise on the West Coast, the Eel River has seen reduced flows due to droughts while high-intensity storms have severely affected rainfall. The Eel River watershed was once the third largest producer of Pacific salmon and steelhead in California, where fish populations have declined rapidly since the 1950s.

The Wiyot staff members also shared stories of Duluwat Island (formerly Indian Island or Gunther Island), located in Wigi, or Humboldt Bay. In 1860, white settlers perpetrated a massacre of the Wiyot people in the village of Tuluwat on this island. In October 2019, the Wiyot Tribe regained sovereign control of the island when the City of Eureka became the first U.S. municipality to return land to an Indigenous community without  a lawsuit.

We had the opportunity to hear concerns from the Wiyot staff around the proposed floating offshore wind project, including the project’s effects on marine life with the introduction of turbines into the water, as well as the impacts on migratory corridors. Our region has some of the strongest winds in the world, which also means the strongest ocean upwelling, which has a direct affect on marine life within the region. Similar past wind projects, which have since been scrapped, proposed using sacred Wiyot sites as potential landing sites for offshore cables. Wigi and the surrounding coastline is a place of cultural significance for the Wiyot Tribe, and also the site of the World Renewal Ceremony in the late winter, so the offshore and onshore infrastructure needed for the project is also top of mind for the Wiyot Tribe. When considering sacred sites in energy development, it is necessary to consider the physical needs of the space, such as landscape and landscape ecology, viewsheds for prayer spots, seasonal curtailment to reduce bird death.

The Wiyot Natural Resources Department is funded entirely by grants. The U.S. EPA Indian General Assistance Program provides funding for basic infrastructure needs as well as some of the personnel expenses. The remaining personnel support comes from the U.S. Environmental Protection Agency grant programs, which also fund all water quality monitoring and pollution prevention activities. For other specific programs and projects, the Tribe relies on funding from a myriad of grant programs from the U.S. EPA, U.S. Fish and Wildlife Service, National Park Service, and many other agencies. The Tribe hopes to continue implementing carbon sequestering infrastructure at the reservation; however this is difficult without updating the current infrastructure, making it difficult to complete projects like installing solar panels on pre-existing buildings. Many homes are not currently connected to the grid and members of the Table Bluff Reservation and Wiyot Tribe face energy insecurity. The Wiyot Tribe spoke about the best ways folks may be able to provide support to the Tribe, which includes securing funding for programming and outreach to experts; supporting opportunities for communication between natural resources departments of local tribes; and advocating for accountability of policymakers and developers.