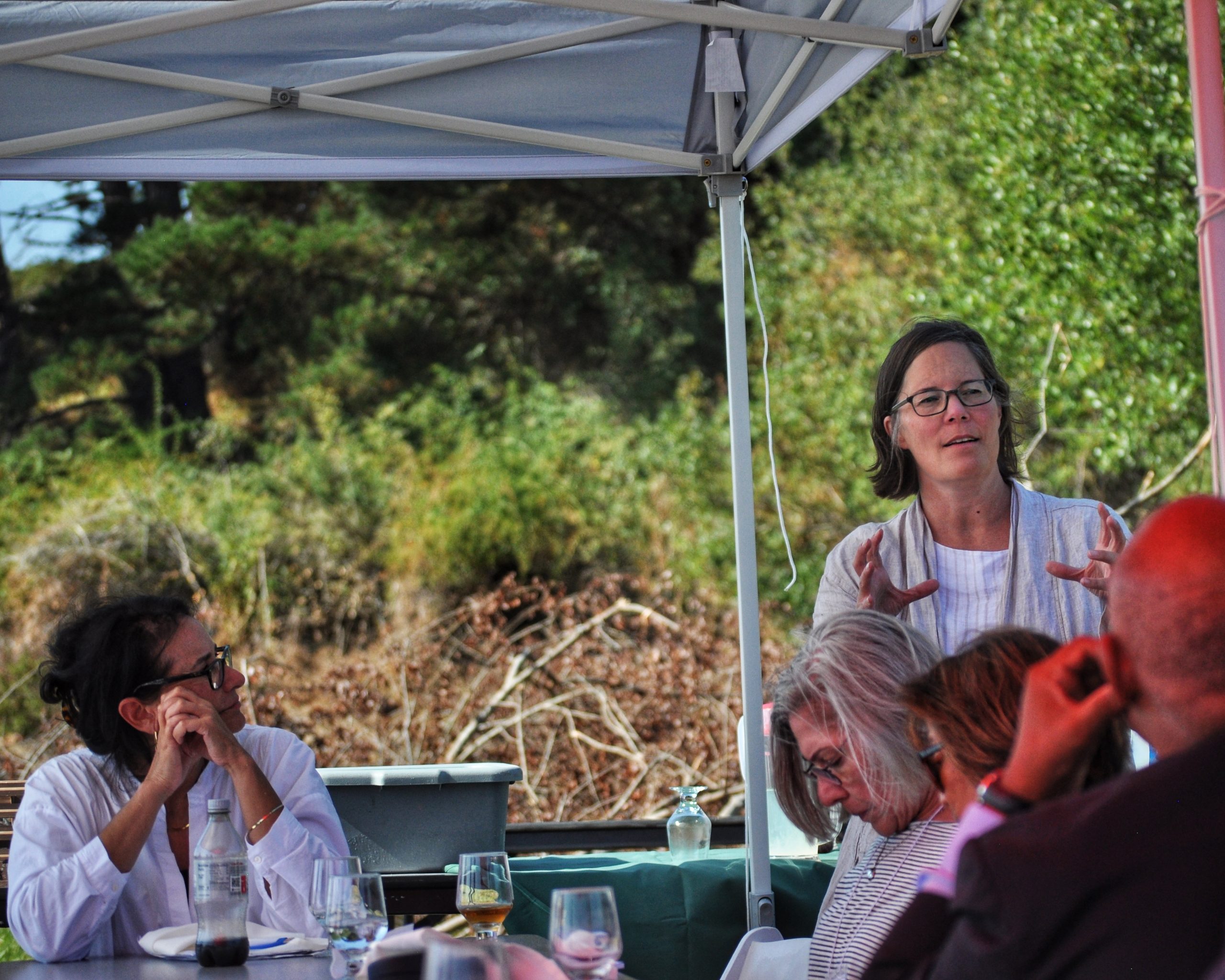 The Blue Lake Rancheria is located on Wiyot land near the Mad River, and was formed in 1908 for native community members that had been separated from their families. Tribal members endured a 25 year legal battle to establish legal status for the rancheria.

More recently, the Blue Lake Rancheria (BLR) has been a model of energy resilience. BLR currently has three microgrids, consisting of multiple solar panel arrays, which provide forty percent of the Rancheria’s annual electricity. The Rancheria is also currently in the planning stages for an additional microgrid and energy resilience campus. In 2019, Pacific Gas & Electric, the region’s utility provider, implemented Public Safety Power Shutoffs (PSPS) as a fire prevention measure. In total, 30 counties lost power which directly endangered the most vulnerable members of our community. During these three days, the Blue Lake Rancheria was able to respond to public needs and provide services for over 10,000 folks using the first microgrid installed at the Rancheria, which powered the casino, gas station, and mini mart. Last January, more PSPS events took power from the Karuk Valley in Orleans, CA, for weeks. Planned power outages underscore the need for Tribes and rural regions to plan for resilient energy systems and reliable infrastructure that will not be affected by natural disasters occurring miles away.

Over lunch, participants brainstormed some ways to further build capacity in the area for infrastructure models. Tribal scientists are often asked to provide data in order to further fund environmental research but there is a cap in resources and funding for Tribes to gather that data in order to bring it to a think tank to make informed decisions. This also does run up against the challenge of maintaining boundaries of Tribal sovereignty and data sovereignty, which can be difficult and has not always been respected in the past.

The proposed Ta’m Resilience Campus will feature 3 buildings that will house classrooms, a business incubator, a training and event space, a workshop for small-run manufacturing, a commercial kitchen, event space, a cafe and possibly a retail store for emergency supplies. This campus, developed in partnership with the Schatz Energy Center, will serve as a way to provide resources, local job training, leadership development, and regional approaches to addressing the severity of climate disasters in our rural area.