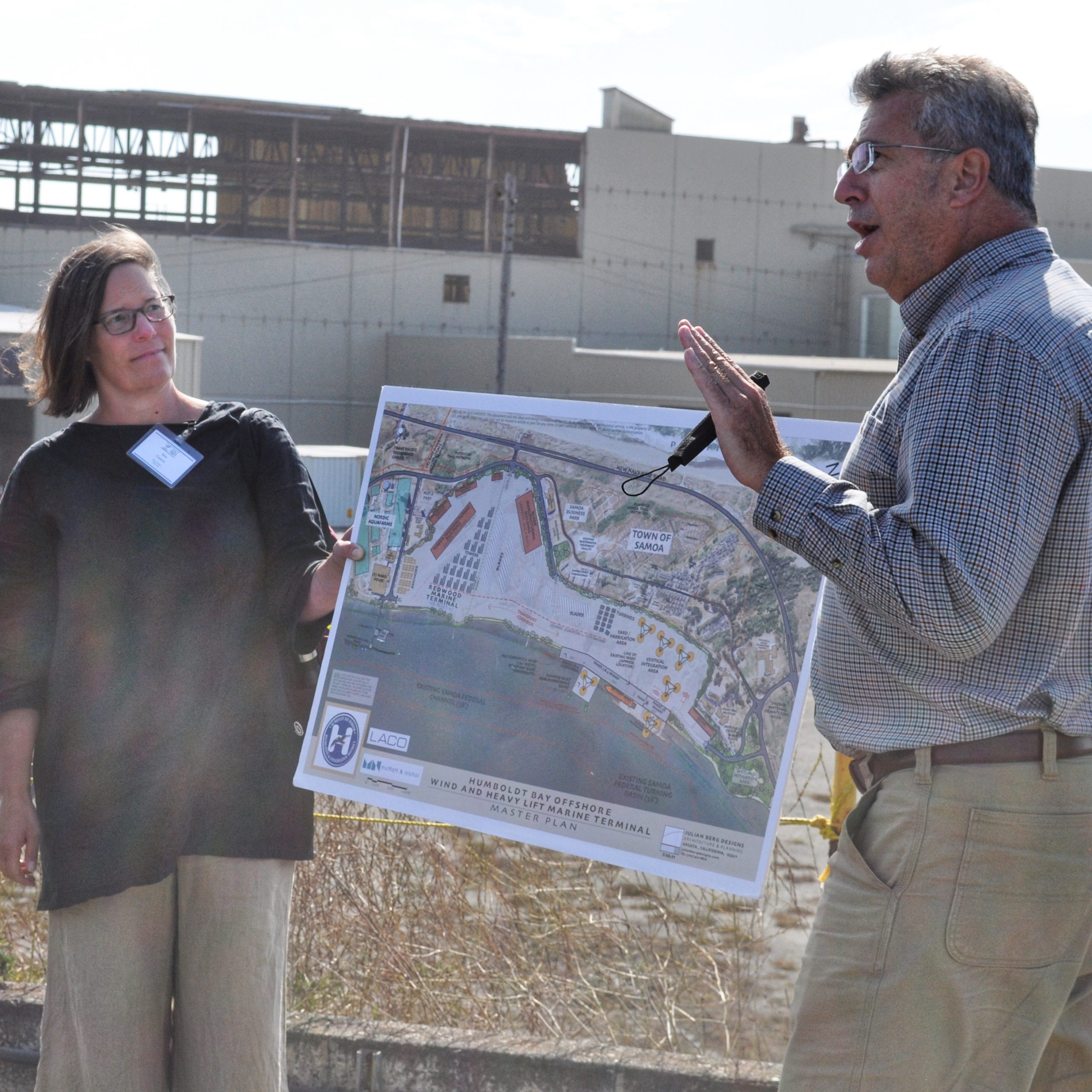 A short tour around Pulp Mill and Marine Terminal 2

The directors spoke in depth about offshore wind development, which they claimed would require a major build out of harbor infrastructure. In July of 2021, California approved $10.45 million in funding for the Port of Humboldt Bay. A year later, the Harbor District began environmental permitting and design for a 168-acre purpose-built terminal and offshore wind hub. The current Harbor District plans, pending approval in early 2024, would pave construction of a new terminal to begin in early 2025.

While the Humboldt Wind Energy Area (HWEA) has been identified as a major possible site of development due to its central location on the west coast and lack of port bridges or overhead obstruction, Del Norte and Mendocino counties have also been identified as future possible development areas. The HWEA may function as a manufacturing site for turbines to be shipped to Morro Bay as well. With the increase in activity into and out of the port, the members of the Humboldt Bay, Harbor, Recreation, and Harbor District are also looking at how to power the port by renewable energy sources, which include the potential design and development of electric tugs and electric cranes.

While touring the dock and oyster beds, the directors also spoke to some of the history of Samoa. Formerly owned by a single lumber mill, the town is currently owned by a regional developer. The community has felt the impacts of industry, and parts of the community have been designed as a superfund site due to years of pollution and improper storage of industrial waste. Today the community is largely low-income, and faces challenges from sea level rise. Commissioners also reflected on how the current development opportunities present an opportunity to reset on years of development principles, and new projects will be undertaken in accordance with community values of safety and climate resilience. With the development of a new green industry comes the opportunity to responsibly answer community concerns without repeating the legacy of extractive industries and policies that have brought harm in the past.